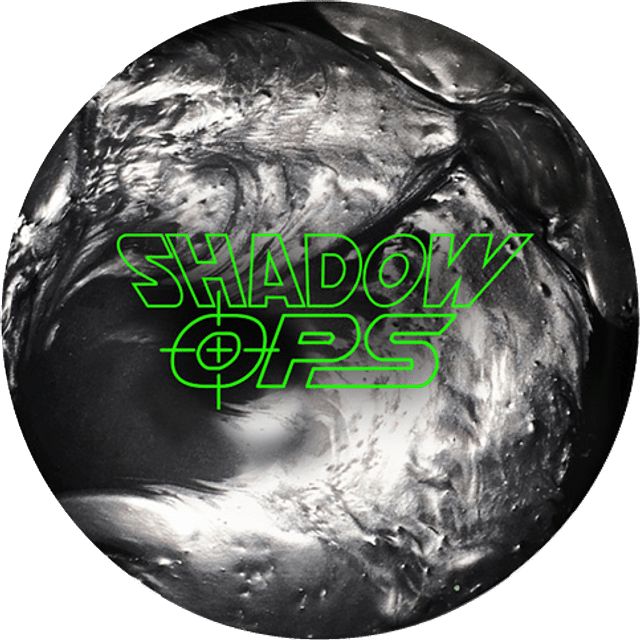 The Shadow Ops™ is the product of extensive R&D development as 900 Global introduces its first 80% urethane, 20% reactive urethane blend. The Shadow Ops is the option for those conditions where a reactive shell is too much and urethane isn’t quite enough.

The Break™ asymmetric core has been modified from the original Black Ops™ to allow more length down lane without burning up in the front of the lane.

The Shadow Ops is another piece in the trilogy of dangerous options in the Ops line. Each specially designed to suit a specific condition. Black Ops for normal house conditions, Covert Ops for higher oil patterns, and now Shadow Ops for shorter patterns or extreme wet-dry conditions.