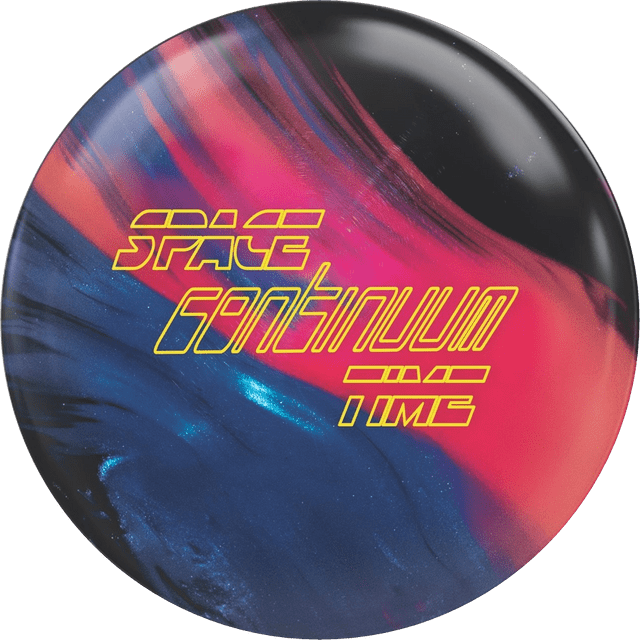 The Space Time Continuum™ features an ALL NEW Coverstock concept combined with a tweak of the core found in the Continuum™.

The S71™ Re-Loaded Coverstock uses the base formula found on the popular Honey Badger™ It features enhanced polymerization of the molecular structure. This will significantly increase the overall backend motion of the ball.

The Sphericon™ LD Asymmetric Core features the same shape as the Ellipticon™ core found in the Continuum. The density has been altered to yield a higher RG and lower differential. This will cause the ball to conserve more energy for the backend part of the lane.