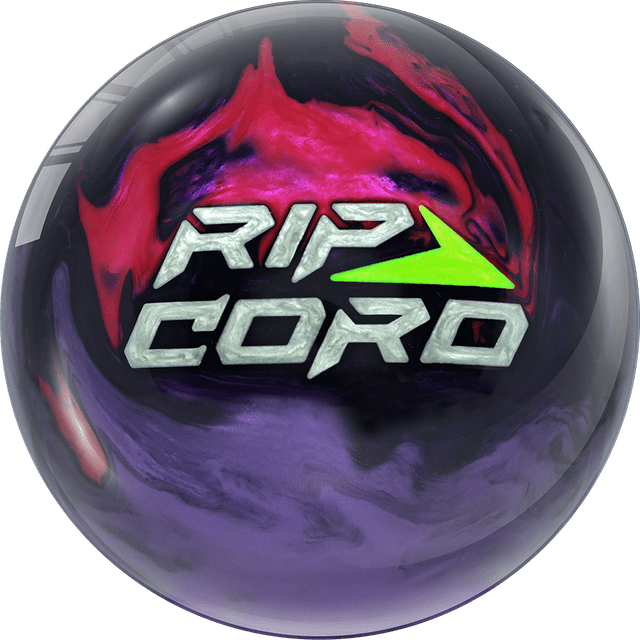 One of the most important balls in any bowler’s bag is an angular “skid-flip” polished ball for medium oil. One that gets through the front part of the lane with ease and lunges toward the pocket when it hits friction on the backend. The Ripcord™ Launch is a gorgeous pearl that nails that performance target perfectly.

It’s the first ball in the Ripcord™ series to utilize the incredibly strong Propulsion™ cover technology. MOTIV® tuned it to get the length and response to friction needed, creating the new Propulsion MVP Pearl Reactive. Utilizing this new cover, the Ripcord™ Launch handles the oil better than any previous Ripcord™ without sacrificing angularity.

The core inside is a special density-modified symmetrical Torx™ V2. It has a super-compact design and fills an essential position in the line because it has both a moderate RG and differential. This gives the Ripcord™ Launch a very powerful down-lane shape and impressive backend hitting power on medium oil patterns that begin to break down.

The motion of this beautiful ball is tuned with a 5500 Grit Laser-Scanned, Polished (LSP) finish at the factory using Power Gel® Shine. This gives the Ripcord™ Launch easy length and a snappy backend reaction.