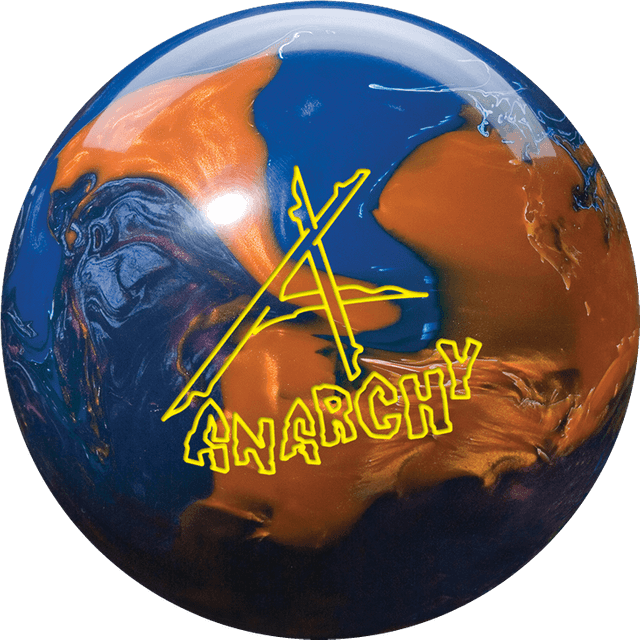 Cover
R3X Pearl
Factory finish
1500-grit Polish
Color
Blue / Orange
Core (15 lb)
Origin
R.G. / Differential / Bias
Release date
October 19, 2010
Balls with the same cover
This is the only ball in the Bowlidex with the R3X Pearl cover.
Balls with the same core
These balls have the same 15-lb Origin core as the Anarchy:
From the manufacturer

With a commitment to innovative core design development, it’s no wonder that Storm® continues to push the envelope with shapes like the C.A.M.™ and Centripetal™ weight blocks.

The Origin™ core found in the Invasion™ recently helped Tommy Gollick set a World Record of 47 consecutive strikes! Bowlers like Tommy see the benefits of Storm’s precision engineering, and you’ll be sure to gain confidence with a Storm bowling ball in your hand.

While the Invasion is developed for the heaviest of oil patterns, oil depletes quickly as proven by Kegel® and Storm in a cooperative seminar series earlier this year.

So, the goal of the new Anarchy is to develop a high-end strong asymmetrical that is clean through the heads and turns over sharp at the break point, even for bowlers without all the revs of the tour guys.