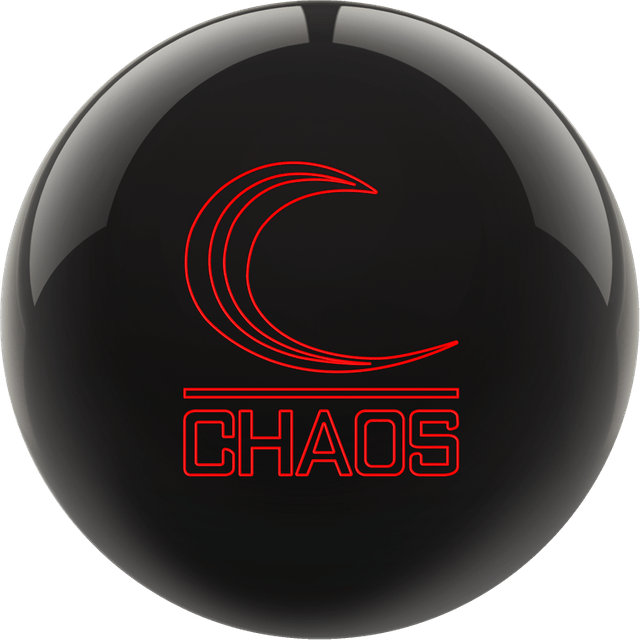 At Columbia 300, we like to live on the wild side. Typically we like to wow our customers with flashy colors and performance that matches. When we create a ball like the Chaos Black that makes a head-turning change direction at the breakpoint, toning down the color scheme is a must to keep some sense of order.

The Chaos core is a very low RG symmetric core with a very high differential. This allows the Chaos Black to rev up easier, enhancing the coverstock's ability to create friction with the lane.

Exciter is the same coverstock we put on our High-Performance Savage line. The inherent nature of this coverstock is to be very aggressive in the midlane. The factory polished finish takes what is normally an aggressive midlane reaction and turns it into a very responsive motion at the breakpoint.

HyperSHOCK Technology (patent pending) helps power the ball through the pins by controlling the influence they have on the ball's path through the deck. Columbia 300 balls with HyperSHOCK not only get you to the pocket but drive through like no other on the planet.