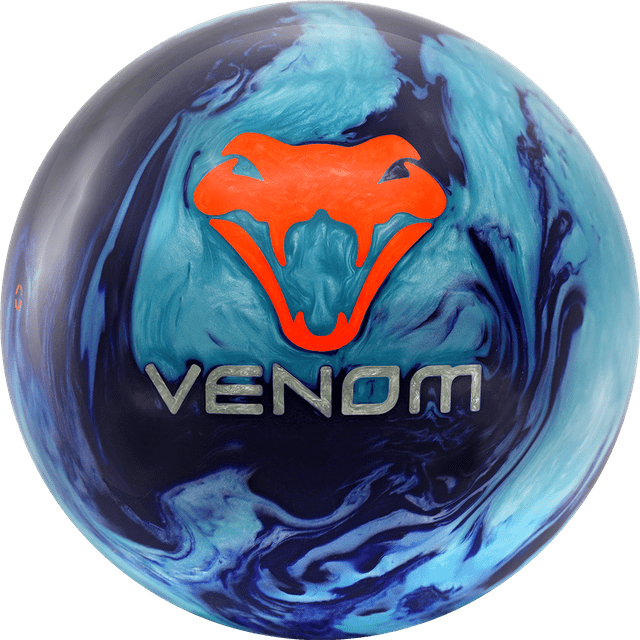 With the Coercion™ MFH Reactive cover, the Blue Coral Venom™ provides plenty of length through the front of the lane, while picking up in the middle of the lane with a smooth and controllable transition. This hybrid cover is remarkable thanks to its ability to provide traction in the oil, without sacrificing control down lane. This performance provides the strength and incredible versatility that the Venom™ line is known for.

Versatility is also what makes the Gear™ APG core special. Its low differential and asymmetry allow the Blue Coral Venom™ to attack the pins from shallower angles using a more aggressive cover stock. Originally deployed because weight holes were being eliminated, the slight asymmetry of this core gives ball drillers more options than a typical symmetric design.