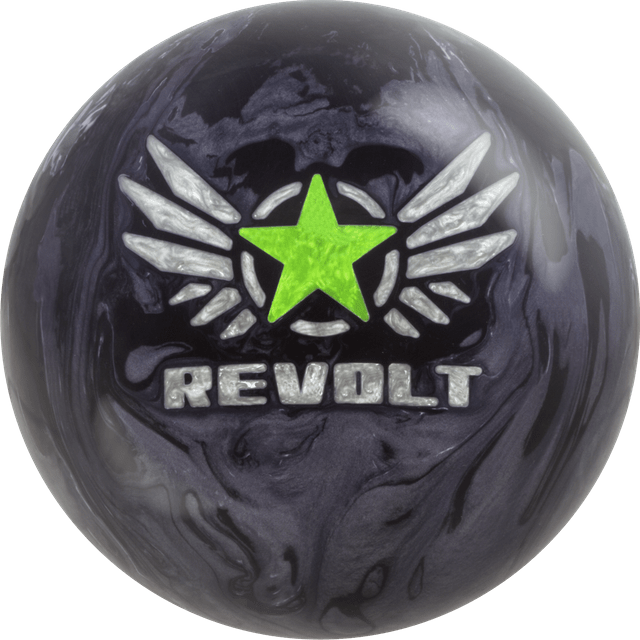 Dominate the lanes with the new Revolt™ Vengeance. Armed with the Vanquish™ weight block and new Turmoil™ HFH Hybrid Reactive cover technology, this weapon is designed to be a touch cleaner than the Covert Revolt™ with a very strong backend motion and excellent continuation through the pins. The Revolt™ Vengeance is a worthy component of any MOTIV™ arsenal.

The Vanquish™ weight block, which was first introduced on the Covert Revolt™, combines a low RG and high differential to produce substantial track flare and hook potential.

Built for medium-heavy oil, the Revolt Vengeance features the Turmoil™ HFH Hybrid Reactive cover stock, which is finished to 5000 grit to help store energy and get this beast down the lane. It displays overwhelming power and continuation on the backend.