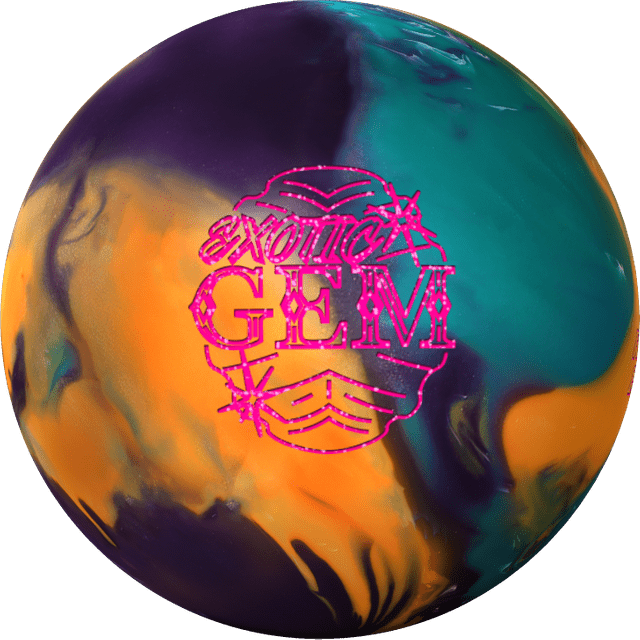 Striking. Alluring. Captivating. Call it what you will, but we prefer to call this enchanting and outstanding performing ball what it truly is, EXOTIC! From its ravishingly good looks to its dominance on those Medium/Heavy oil conditions thanks to the combination of the Defiant LRG Core (our fastest revving asymmetrical core) & MicroTrax Pearl Coverstock (our earliest and most aggressive pearl cover we currently offer on any ball), everyone will take notice when you hypnotize them with the Exotic GEM™.