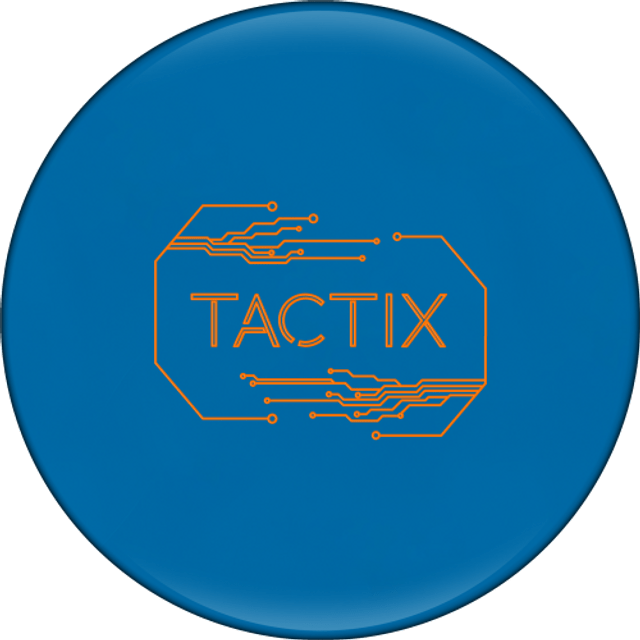 Track has always been known for the depth of different shapes in our product line. One thing we really felt like the product line was missing was a solid benchmark ball. Make the Tactix the first ball out of your bag on any medium to heavy oil pattern and watch the strikes pile on.

QR-9 cover was first featured on the original Paradox in a Hybrid version. Now for the first time, we bring you a solid version of the QR-9 series. The QR-9 Solid coverstock is designed to work best on medium to heavy oil. It will give good traction in the midlane with plenty of continuation on the back end and through the pin deck.

The Starship core was designed with heavy mid-lane roll in mind. With only a moderate amount of asymmetry, this allows the core to pick up quickly in the mid-lane without consuming all of its energy in one spot. The low RG and higher differential help this core rev up quickly and make a big continuous shape downlane.

Official site
Read more at trackbowling.com
Status
Retired. This ball is no longer produced by the manufacturer, but it may still be available at pro shops and online retailers in limited weights.