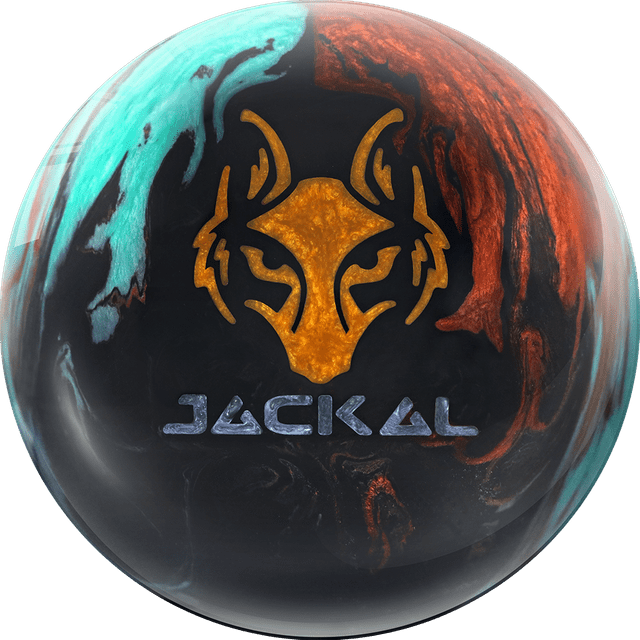 Meet the Mythic Jackal, a new kind of hybrid. Our engineering goal with this ball was to create as much angle as possible while still providing true heavy oil performance attributes. So often, shiny asyms are only ideal for moderate conditions so we set out to create a different kind of animal. Now, when high volume patterns begin to transition and you need to create angle, the Mythic Jackal with 2:1 hybrid technology delivers exactly what you need.

The Predator™ V2 is the gold standard for high performance core design and it’s at the center of the Mythic Jackal. It’s the same core found in the Jackal Ghost, the longest running asymmetrical bowling ball in the industry, now celebrating a 5-year anniversary! This low RG / high differential asymmetric core has never before been combined with a hybrid cover stock on a worldwide Jackal release. The Mythic is the first.

The Mythic Jackal is also the first to feature Infusion HV 2:1 Hybrid Reactive cover technology. This means the shell features twice as much pearl as solid cover material. This enables it to create incredible angle down lane without completely sacrificing traction. The 33% load of solid cover gives the Mythic Jackal a strong footprint on the lane in heavy oil while the 67% load of pearl yields a powerful backend motion.