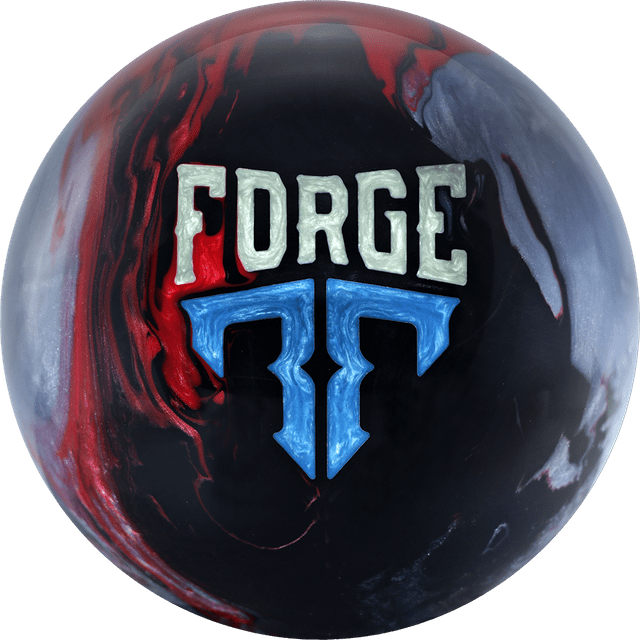 The Forge™ Ember is the newest performance hybrid from Motiv Bowling. Built to generate more friction than previous hybrids, the Forge™ Ember combines technology from two very different coverstock systems to deliver a new brand of motion. Bowlers will find increased strength in the oil without sacrificing down lane motion. More down lane motion means that the Forge™ Ember will be useful for a longer window during competition.

Wrapped around the Detonator™ core is the Infusion™ MXC Hybrid Reactive cover. As already mentioned, this cover combines two very different shells to provide a unique shape. Traditionally, the most angular motions from MOTIV® were generated using the Infusion™ coverstock system. Conversely, the coverstocks with the MXC distinction were those with the most mid-lane traction and control. When combined, bowlers should see significant traction in the oil with more down lane motion than is normally expected from such a strong cover.